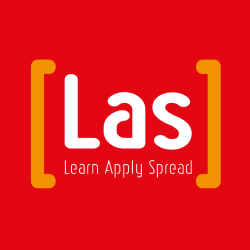 Europe is increasingly crossed by phenomenon of intolerance, xenophobia and islamophobia that lead to violence. It is important to start with alternative narratives (to dismantle and replace hateful narratives) that place young people, migrants and not, at the center of change.

Learn, Apply, Spread: three steps to create the basis for a common European feelings and awareness, through knowledge and understanding.

40 youngsters with different background will reflect together with the political decision-makers on the themes of racism, inclusion and respect for rights.

The young people involved will come from Italy and Spain, countries with a long tradition of migration and countries that have to face daily with the reception and integration issues connected to recent migratory flows and to the role of the new European citizens with a migrant background (e.g. second generation).

The project will also involve young Tunisians who see Europe from the another shore of the Mediterranean and, for this reason, will bring a different vision of a possible social inclusion in Europe.

The methodology of the project L.A.S. is based on the fundamental principles of non-formal education. An essential element of the methodology is based on the holistic nature of the learning experience, through methods that involve not only cognitive or intellectual approaches but also covering the emotional and attitudinal ones.

The online survey entitled “Youth, Migration and Inclusion” was aimed at girls and boys, between 16 and 30 years old, in three countries: Italy, Tunisia and Spain. The survey was a structured questionnaire with 38 questions divided into seven thematic sections.

To facilitate its compilation and to ensure its widest dis- semination, the survey was translated into English to be disseminated in Italy and Tunisia, and into Spanish. A total of 649 young people answered to the survey: 223 in English and 426 in Spanish.

Despite national differences, all the participants recog- nized some common critical factors in both national and European context such as: